As I sat on the kiddie rollercoaster at Jeeper’s (the poor man’s Chuck E. Cheese for those unfamiliar) the other night, I began to reflect on the past 5 years. We were there to celebrate the 5th birthday of my oldest niece. It seems like yesterday that I was sitting in the hospital room holding her in my arms. I guess you could say that the experience was surreal. I still cannot believe just how much she has grown. Anybody who has a child or is close to someone who has one, knows that experience. It’s been quite some time since I’ve watched the growth of a child right before my eyes. But in this case it’s not just one child, but 3 children. My nieces are age 5, age 3 (will be 4 on May 6) and age 2 (will be 3 on June 12). I’ve enjoyed every moment of being Uncle Greg. I was at the hospital the day each one of them was born. Of course, none of this would be possible without my sister who was gracious enough to bring each one of them into my world. She’s done a damn good job of raising and providing for them. I still can’t figure out how she managed to have them back-to-back-to-back and in consecutive months. Anyway, the party the other night was fun. It was a Tuesday evening, so there weren’t a lot of children in the place. I can’t imagine how it would’ve been had the party been on Saturday or Sunday. It was relatively quiet in the spot. The girls were all playing, on rides and just enjoying themselves. For the most part, I sat around and talked to my mom and my sister’s friends and kept an eye on the girls while they were playing. We did the whole singing Happy Birthday thing and that was cool. The cake was some kind of Oreo cookie type ice cream cake… yuck! I ate some of the ice cream and that was it. The pizza at this joint was awful. I mean, getting a grocery store brand pizza and putting it in the microwave would’ve been much better.

So as the night drew close to an end, I found myself on the kiddie rollercoaster. You wanna talk about a tight fit!!!! I was scrunched up in there with two of my nieces. It wasn’t very comfortable, yet it was thoroughly enjoyable. Their laughs, smiles and excitement was enough to make me smile. They were having the time of their lives. We went around and around and around. I couldn’t tell you how many times cycles we went through cuz they refused to get off. They were like little Energizer bunnies. Kind of reminded me when I was a kid. Yeah, that was a LONG time ago… lol. Next time I get on a rollercoaster, I sure as hell hope that it’s at King’s Dominion or some other adult sized theme park. After the rollercoaster ride was finished, I took her to the toy store and let her pick out whatever she wanted. She didn’t hurt my pockets too badly and grabbed a few things that she liked. Seeing her happy made it all worthwhile.

After digging in the floppy disc archives, I was able to find the pics that were taken 5 years ago when my oldest niece was born. Oh, the memories. 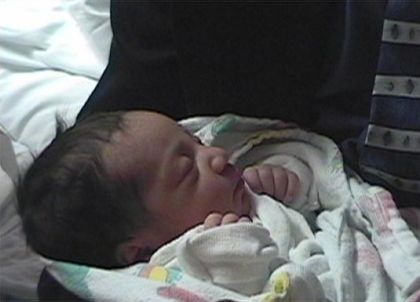 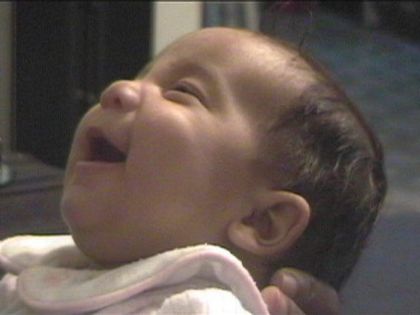 A few pics from the birthday party at Jeeper’s 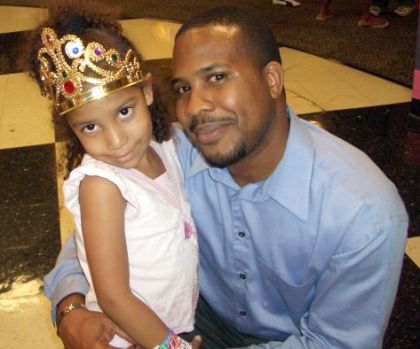 Take a guess at who blew out the candles

My two other nieces who wouldn’t get off the train

Shopping at the toy store 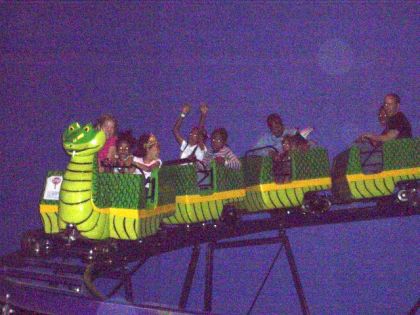 One thought on “5 Years as Uncle Greg”