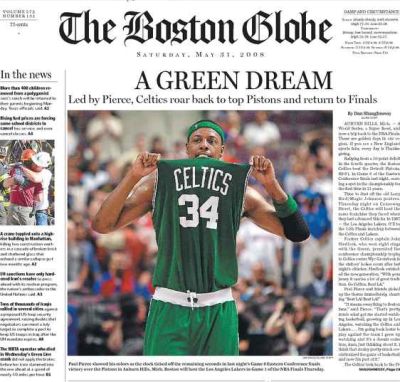 21 years. It’s been 21 years since my Celtics squad battled the Lakers in the NBA Finals. That rivalry is definitely the best that I’ve witnessed in my lifetime. The Lakers (62-20) had Magic Johnson, James Worthy, Kareem Abdul-Jabbar, Byron Scott, A.C. Green and Michael Cooper, while the Celtics (57-25) had Larry Bird, Kevin McHale, Danny Ainge, Dennis Johnson and Robert Parish. The Celtics were coached by KC Jones and the Lakers by Pat Riley. This years total cast of characters doesn’t have the star power of that cast, but sure to bring as much by way of excitement. My squad has got Paul Pierce, Kevin Garnett, Ray Allen, Rajon Rondo and Kendrick Perkins filling out the starting line-up. The Lakers have Kobe Bryant who is arguably the best player in the game right now. Who cares about the rest of the squad??? I mean, I know and respect who they are but this is not about them. Best believe I’m up in here pumped full of energy anticipating the opening tip-off on Thursday night. 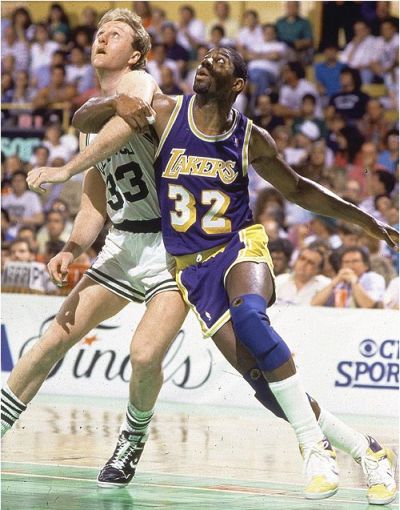 Even though I grew up in DC and constantly saw the Bullets, I became a Celtics fan. That’s primarily because of my dad and granddad. My grandfolks lived in Roxbury, MA when I was real young. On those winter school breaks as a youngster, pop would take me from DC to Boston to visit the grandfolks for the holidays. Pops aint one for driving, so we always flew. During those trips we would find our way to the Boston Garden. There I was laced with a Nate ‘Tiny’ Archibald jersey, other Celtic trinkets and quickly embraced the green and white. You figure out what year that was…. lol. I grew up with tons of Celtics memorabilia and apparel. I personally have an autograph book with signatures of Larry Bird, Red Auerbach, Bailey Howell, Cedric ‘Cornbread’ Maxwell, John Havlicek & a ton other Celtics greats. I got all of those on my own walking various arenas before games when the Celtics were warming up. So understand that this right here is a kid’s dream. I’ve been to tons of Celtics games in my lifetime. I’ve flown to playoff games in other cities, home openers in Boston and more games vs the Bullets/Wizards than I can count since I do live in the DC area. However, I’ve never had a chance to even get a sniff of my squad in The Finals. Well, for those who know me… you know I’m going. 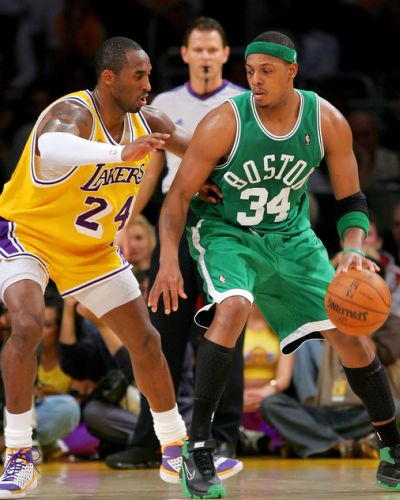 Shortly after the conference finals victory vs the Pistons, I had a pow wow with my crew. At that point I sifted through the real cats and the fakers. Some folks talk about what they would/will do… others act on it. I’m not saying that you can’t be a real fan and sit home and watch the game. I’m just not that dude. I’ve gotta go! So next Sunday at this time, I fully expect to be sitting in the TD Banknorth Garden enjoying Game 2 of the series. I cheered for a Celtics squad last season that won a total of 24 games and now a year later they’re contending for an NBA Championship. Talk about the ping pong balls bouncing your way. I was mad when we didn’t get the number one pick and a chance to get Greg Oden. Thanks Danny Ainge for the GM power moves, we all appreciate ya. I sure as hell never expected to be cheering for KG and Ray Allen in Celtic green. It almost seems unbelievable. I have to close my eyes and blink and make sure this is all real. 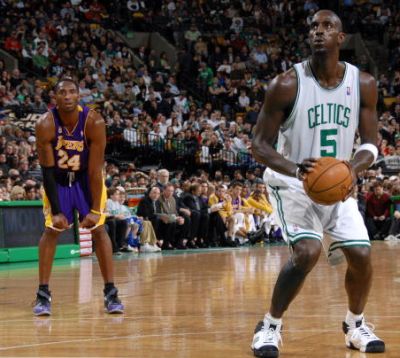 Getting to Boston from the DC area might be a task since I’ll have to fly into Providence, Rhode Island, rent a car and then drive an hour to Boston. But the travel is already booked. My man Juice (who’s flying in from Orlando) already has got the hotel hooked up across from TD Banknorth Garden, so we’re straight on that. I’ve gotta be back to work first thing Monday morning for a series of video conference meetings. So everything has to be on point. But it’s whatever, I’ll find a way. Truth be told at this moment, I don’t have tickets for the game. All that hustling and looking out for folks over the years should reward me with something I hope. I have more than a few cats out there who “owe me one”. I’m not used to be in the position of the one desperately looking for a ticket. Thus being on the other side of this seems sort of weird. Had this been in DC, then I would be straight cuz 95% of my connects are here. But it’s not, thus me not in the driver’s seat. I don’t know where that seat will be or who will be sitting next to me next Sunday. Hell, I don’t even care. I hope my squad can will their way to the title and if that’s not achieved then of course I’ll be disappointed. Yet, this season has been the greatest. I’ve had so much fun cheering for a squad that has given me hope and made me smile. I’ve waiting a long time for this and just being there for one NBA Finals game will be a kid’s dream come true.