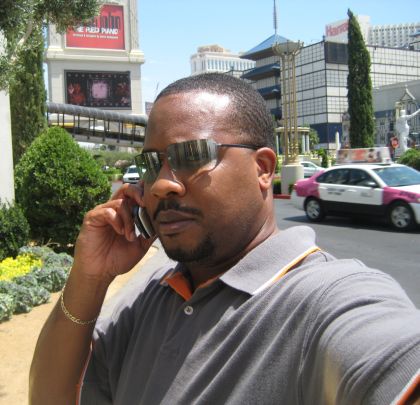 Yes… you can ask me whatever you want, but first things first.

I’m out here in Las Vegas on business. It’s hot. I mean it’s blazin’ past 100° degrees!!!! I stepped off the plane Saturday afternoon and started looking for an oxygen tank and a gallon of ice water. Whoever said that the high dry heat on the west coast was easier to deal with than the humidity of slightly lower hot temps on the east coast lied. I mean, before I left I had a joker tell me that Vegas 103° would be close to DC’s 85°… wrong! Both are bad, but right now I’m truly feel like I’m in a fiery furnace. 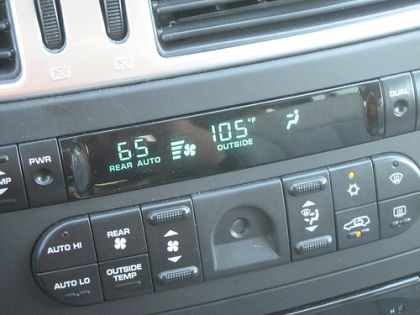 I don’t have any meetings or anything til tomorrow morning at 8am, so I’ve been chillin’.. literally. The AC in my hotel room has been between Alaska and Antarctica since I arrived. Thus, I’m maintaining. I closed the curtains to keep the heat out and it’s worked thus far. I got a decent room here at Caesars and a decent view of the strip and of Toni Braxton’s legs at the Flamingo. Not like being at one of the premier hotels that I’ve stayed while here before, but I am on company dollar this go round ya know. I should be happy they didn’t throw me in some roadside inn or budget joint huh? 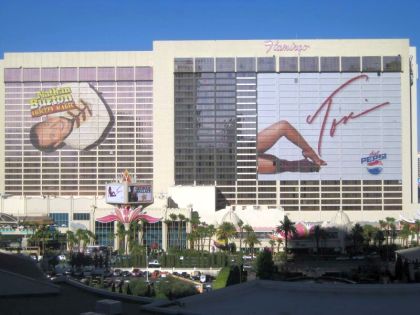 Haven’t done a lot to be honest. I’ve walked around a lot just trying to reacquaint myself with a place I haven’t been to in about 6 years. Even though my trip is expensed, I’m not one to drink $4 bottles of Aquafina water provided by the hotel. So I took a walk to CVS and Walgreens. Yes I went to both. They’re across the street from each other and I do price check stuff. Anyway, while there I got a full six pack of the same water for less than $4, some chips and popcorn, some cans of Arizona tea, some sugar snacks and a mirror. Yeah, a hand mirror. I forgot mine at the crib and I do cut my own hair. Having one was necessary since I have both my clippers and liners with me and I do want to look presentable for my vendors and clients when I see them this week. My professional gear is all set. Polo shirts and dress slacks. Aint no way in the world I’m wearing a suit and tie while on broil out here. You gotta be crazy!!!!

On the way back from my drugstore venture, I caught the water show that the Bellagio does. I don’t know what they call it, but it wasn’t exactly something I was gonna sit around and watch as my skin started melting. I took a quick pic of it and moved on. Some promoter type dude tried to hustle me into getting passes and drinks from the clubs out here on a discount pre-sale basis. Then this 50+ yr old Black dude wanted to talk about the oppression of Black folks and how the ‘Peckerwoods’ have kept us down. At least I was entertained as I strolled back to the hotel. I gave the brotha man some dap just to keep it real. 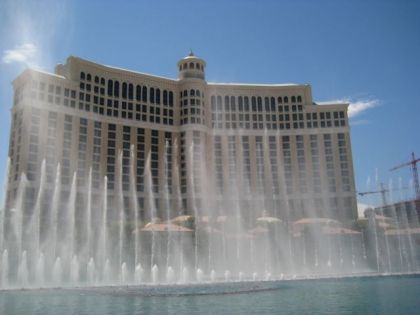 I walked to ESPN Zone at New York New York hotel last night to catch the Celtics-Lakers game. You know I was rockin’ my Celtics gear right? Of course I was sorely disappointed at the results and took some ribbing from the west coast folks who were rooting for the Lakers. It’s all good though. Two more games to clinch and I hope they win tomorrow night. If not, they’re gonna interfere with the free passes one of my corporate connects gave me for Cirque du Soleil: Ka. The show is like 7pm… 7pm west coast time, 10pm east coast time. The NBA Finals Game 7 starts at 9pm EST. See the conflict? Don’t even ask me what I’d do. Being a die hard Celtics fan, I’d just have to see the circus another day. I hope it won’t come to that though. I’ll be nice at least pass the passes to someone else though. I’m supposed to get some more tickets to check out Wayne Brady and some other magic show on the strip . I’ll let’cha know how that works out. 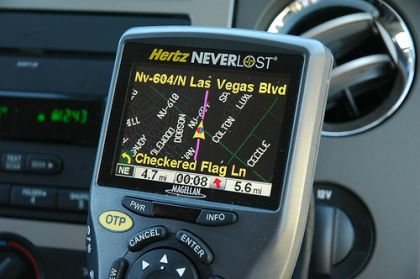 Although I’ve got my laptop here in the hotel room with a great wireless connection, I probably won’t be on much until I return home this weekend. So I figured I’d use this time away to see if anyone out there in the Blog World has any questions for me. This will give me material to blog about when I get back as well as my Vegas wrap-up. Now, I contemplated for a sec whether I’d come back to crickets chirping and no one actually asking me anything, but what the hell. I’ll risk it. If I come back and I see that not one person has at least one thing to ask, I’ll probably just stop blogging and shut it down altogether.

Sike!!!! I aint shuttin’ down nothin’… even if you jokers never come back again. I love writing too much for that. I’d write in a pitch black room on a piece of sandpaper with a single BBQ flavored Cheeto if I had to.

Anyway, I’m tryna decide how to do this. Should I have folks ask questions via email or let y’all leave comments and ask questions there? Whatever. As Digital Underground said in ’89, Doowutchyalike. If you choose to email me, the address is in the column to the right under the Archives. I’ll most likely be absent from blogging until next week this time.