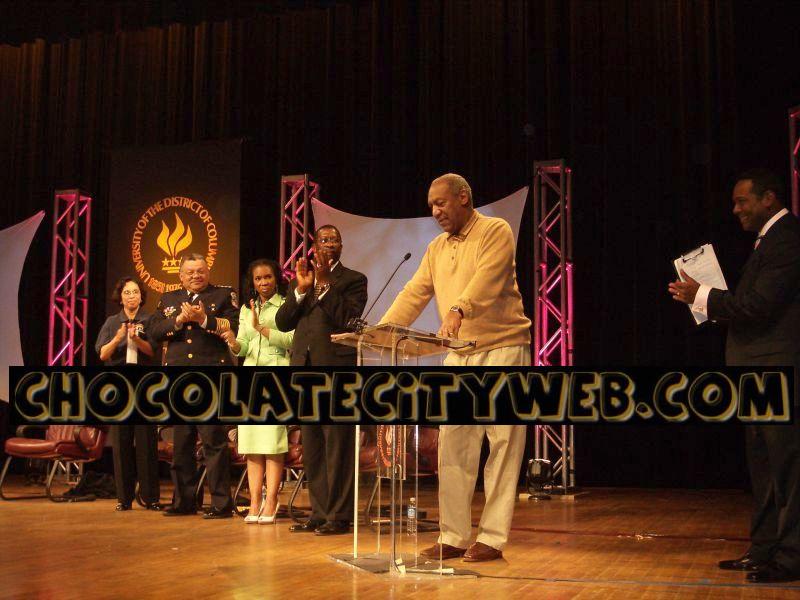 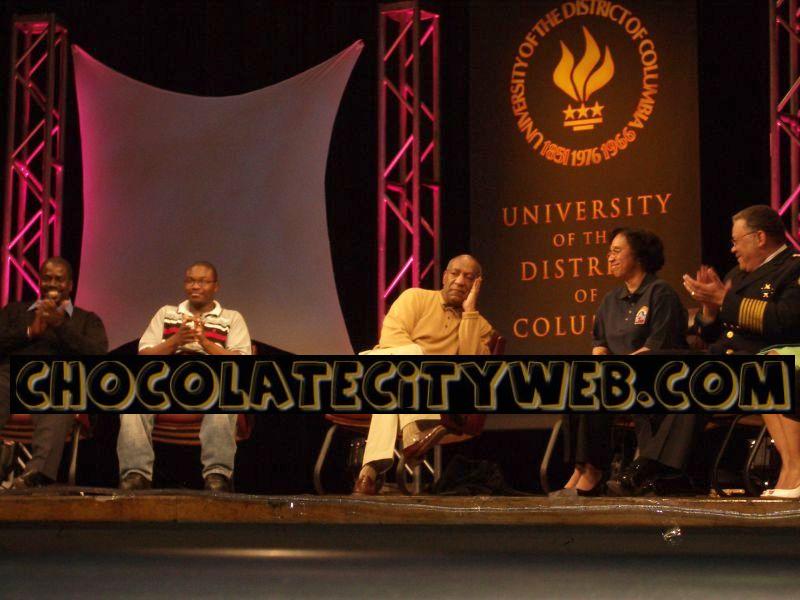 That was the message that comedian Bill Cosby delivered Tuesday night during an informal forum at the University of the District of Columbia. I heard the message loud and clear from the front row of the auditorium. (VIP tickets courtesy of my man who shall remain nameless cuz I don’t want other folks to bombard him with special requests… but he knows who he is… appeciate the hook-up my brotha!). As I was saying, the panel that was present spoke on a number of issues plaguing the Black community. These weren’t just issues for the DC area, but for all areas. Now, this event was not a speech given by Mr. Cosby, it was a open forum of discussion. The individuals onstage included:

– a foster mother who had been a former alcoholic and drug user. She was just named Foster Parent of the year
– a young 31 year old brother who witnessed the murder of his mother and brother at the hands of his mother’s estranged boyfriend when he was 11 years old
– two men, a mentor and mentee who have been together for 10 years. The oldest being the father figure for a young man who lost his mother to AIDS.
– the Chief Medical Examiner of DC who gave statistics on the number of Black men killed in DC since 1971
– a number of parents whose children had been murdered by gun violence on the streets of DC
– the Chief of Police of DC
– female legal expert

and so on and so on.

Basically Bill would just inject when he was touched by something that someone said or felt the urge to make the audience aware of the significance of what the topic of conversation was. He never talked for more than 5 minutes at a time. He was serious at times, cracked jokes at times, and just was plain ole’ Bill.

It seems to me that the media coverage for the most part has chosen to pull out the negative things that Bill has said. The things where he disses rap music and things like that. There were so many positive moments that evening and the majority of the focus was on what Black folks need to do to make things better in our communities. I don’t see anything wrong with that at all. I found myself becoming sort of emotional at times as parents talked about the children they had lost to senseless violence. You never really think about it in that aspect when watching the news or reading the paper. That person who was killed was someone’s son, husband, brother, cousin, friend. Hearing the medical examiner talk about having to put together the shattered bodies of young men in the coroners office, just so that they could be presentable and recognizable for a funeral really blew me away.

Anyway, there’s not a lot more that I can say. Basically we as Black folks know what the problems are. However what do we do to make things better? Are we doing anything? I had to ask myself as I drove home from the event last night and I think the same thing as I sit here at my desk today.

articles about the event in a few newspapers

USATODAY – Cosby gives a ‘Call Out’