The season is less than a month away folks and it can’t get here any sooner. I’m lookin’ forward to seeing my squad wreckin’ shop on the Deadskins and the rest of the NFL. Being a Cowboys fan is the DC area is a lot of fun. I love to antagonize fans of the bums who play their home games at FedEx Field. My ears are still bleeding after hearing them yapping the past 9 months about what happened last season. It’s cool though, let em have their fun. They get two back-to-back wins for the first time in 10 years and they’re celebrating like they won the Super Bowl. 10 Years!!!!!!! In the past 11 seasons the record is in favor of the Cowboys by an overwhelming 15-7. If I may say so myself… the ‘Boys have been killin’ em!!!! I’ve been having celebrations for the past 10 years, so it’s only fair to give them a few moments in time right?

If you watched the movie The 40 Year Old Virgin, you’d recall the moment when Andy finally found the Promised Land. It was one of those moments words cannot describe. Well, the Redskins were Andy… they finally got some wins, so let em bask in it. My ‘Boys have had their share over the course of the past number of years and aren’t hurt by the last two wins. Best believe that this season, things are gonna be different. They’re 15-7 against those bums since 1995, what does that tell you? I don’t need to go into details of the Cowboys acquisitions this past offseason, everybody knows we got a huge playmaker. The Redskins had their share of good moves as well, so it looks to be a very competitive season in the NFC East alone. I’m looking forward to once again standing upon the mountain top and yelling my favorite phrase “Hell to the Redskins”. I really hate em!!! The Cowboys will reign supreme once again. September 17th and November 5th are the days of destruction. When it’s all said and done, just remember that I told you so. DC stands for Dallas Cowboys baby!!!! 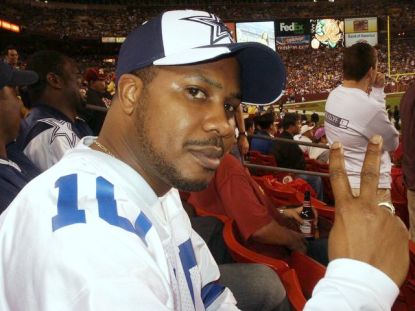