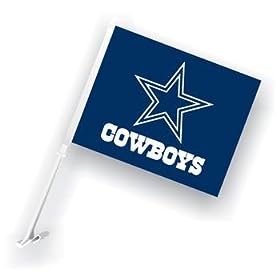 Ole knucklehead Redskins fan got his jaw jacked yesterday and rightfully so. Now, I’m not an advocate of violence, but in this case the dude deserved to get his butt whooped.

A man who grabbed a Dallas Cowboys flag from a car in downtown Washington was punched in the face yesterday, startling passersby in an area that is home to lawyers, lobbyists and expensive shops and restaurants.

It occurred about 6 p.m. in the 1700 block of L Street NW, at a site just west of Connecticut Avenue, where few expect fisticuffs. Commuters were hurrying toward the Farragut North Metro station, and the car was stopped in traffic, police and witnesses said.

But, he said, someone snatched the flag from a car, apparently threw it down, and crossed the street. “By the time he got across, someone exited the car” and struck him in the face, Hayes said.

One witness said she saw a “big tall man walk up to this guy and hit him across the head.” Then, she said, the tall man “got back in his car and drove off.”

She said that the motorist “just hit the man and walked off” and that he picked up an object from the ground, which might have been the flag.

The man who was hit fell and struck his head on the sidewalk, she said. Ringed by the concerned and the curious, the man lay facedown on the pavement.

“He was out cold for a good five minutes or so,” the witness said.

Police said a man was taken from the scene for treatment of a bruised forehead.

Wait a minute, Chris Tucker has something he’d like to say…

That’s what I’m talkin’ bout. Dude got slumped!!! This story made my day…