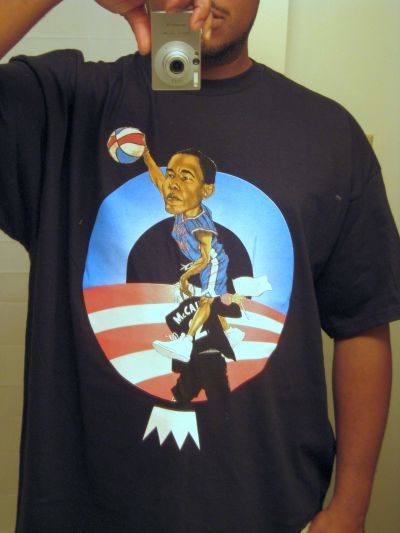 Got something I was looking for from my UPS man today. It was a t-shirt that I had ordered from a small shop in Denver. But this isn’t an ordinary t-shirt. It’s the O-Face t-shirt which shows Barack Obama posterizing John McCain like Vince Carter did to Frederick Weis at the 2000 Olympics. 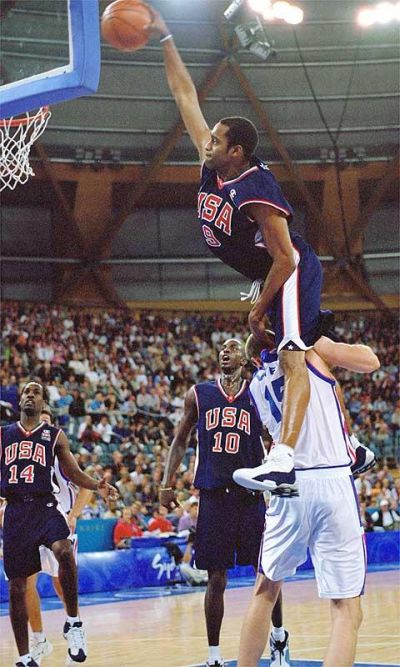 I mean, you have seen Senator Obama’s ballin’ right? If not, you better search Google and YouTube for the clips. My man is a lefty and has got skills.

Now as far as the shirt goes, I saw it being worn by Nas at Rock the Bells and Spike Lee also had it on during the DNC last week. I love the shirt and had to get one. 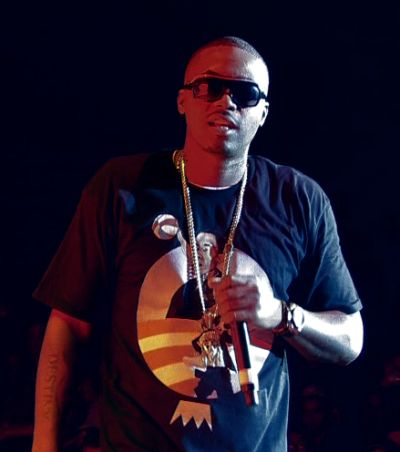 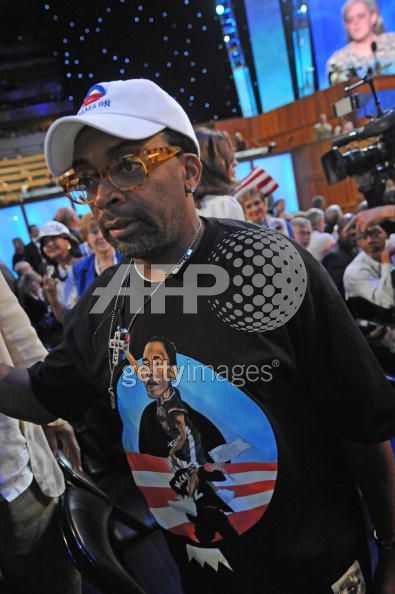 Cop the O-Face T-shirt from UNDRCRWN 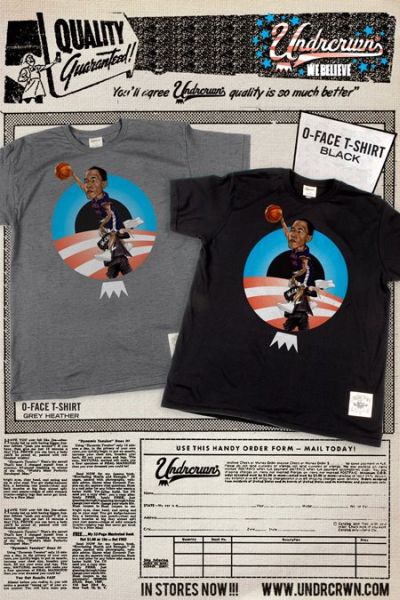 Best believe that I’m gonna rock this joint until Nov. 4 and thereafter. Look closely at the image on the T-shirt. Notice that white flag that Senator McCain is waving in his right hand. Let’s get out here and vote to make that a reality.