We’re talkin’ less than a month before my squad opens up the 09-10 NBA season vs the Cleveland Cavaliers. After being on an extreme high of watching them take the 2008 NBA title, I had to suffer in disgust as Kobe and the Lakers hoisted the hardware this past summer. With a healthy Kevin Garnett back, I look forward to an exciting season where they’re going deep into the playoffs. There’s no one in the East that wants to see them. No one!!!!

There’s been a handful of changes to the roster since close of the ’08-09 season.

I’m gonna miss Leon. Hardworking brotha who made my eyes light up at Game 2 of the 2008 NBA Finals. In just 15 minutes, he scored 21 points. I think there’s a YouTube video of me screaming “Yeaaaaaaaaaaaaaaaaaaah Leon” in the stands when he dunked on Ronny Turiaf. This guy always came to play, just sad that he couldn’t stay healthy. Best of luck to him… even in Cleveland.

Steph’s career is most likely done after the summer meltdown. I wasn’t thrilled with his signing in the first place. Peace homie. Word on the street is that he’s on tour with Kirk Franklin and working on an endorsement deal to promote the dietary benefits of eating Vaseline.

Time for my squad to get back to ballin’. I didn’t stutter when I said earlier that no team in the East wants to see them. Sure, it’s going to be very competitive. But I have faith that they’re going to get it done. The quest for Banner #18 begins… 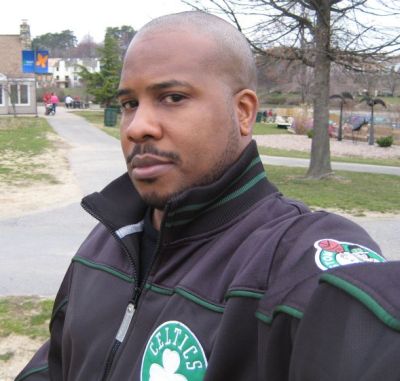