Today marks Nike’s official release date of the Air Jordan XX. I’m not gonna front, I think these joints are ugly as hell!!!! 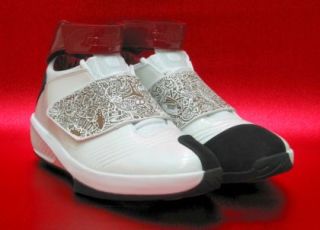 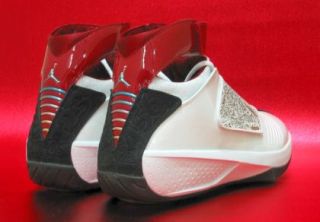 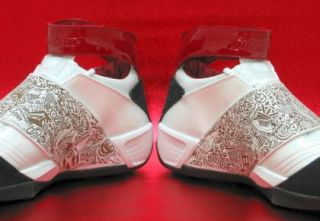 Brothas in cities across the country were probably lined up early this morning outside Foot Locker, Finishline and a rack of other retail sneaker outlets to try and secure a pair. I’m pretty sure that a few store managers brokered backdoor deals with dudes willing to kick out some extra cash in order to ensure that they got theirs before they went on sale this morning. This year the price tag of the kicks is a mere $175. That’s just a drop in the bucket right? I mean, no need to buy a new DVD player or a 20″ TV or pay your light bill with that money when you can have the hottest sneaks on the planet. I still can’t believe that cats really go crazy tryna get these joints though. Back in those days kids used to get killed or mugged for their Jordans. Hell, I suppose that those days are still here but we don’t necessarily hear about it as much. I’ve heard hundreds of stories of kids being gunned down for Starter jackets, Eddie Bauer parkas and North Face jackets, but no other sneaker has caused this kind of fury. I don’t ever recall hearing that a kid got killed for a pair of Adidas Patrick Ewing’s, Magic Johnson or Larry Bird Converse Weapons, or Reebok Pumps. The quest for Jordans has always been there.

But Jordans are Jordans and nothing has changed over the years. Michael Jordan and Nike started this trend two decades ago with the release of the first pair in 1985. I still remember being in the 8th grade at the time and begging my mom to buy me a pair. Back then there were two primary colors schemes, red/black/, red/black/white. If I recall, the price on the shoes back then were $65. 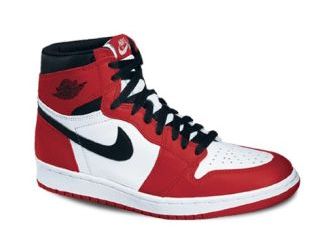 After days and days of getting on my mom’s nerves she took me to Athlete’s Foot at Prince George’s Plaza and bought me a pair. With the money that I had saved up, I bought a white Air Jordan t-shirt and a pair of black nylon Air Jordan sweat pants. I can remember this moment like it was yesterday. You know the next day at school I was sportin’ my newest gear. I was the only kid in junior high to have the red, white and black pair. All the other youngins were wearin’ the red and black kicks. I was able to find my 8th grade yearbook photo from the intramural basketball team that I was on which showed that I had em.

Okay, so the pic is kinda funny aiiight. I was too cool back then and at times wore my Izod shirts when I was ballin’. If you happened to notice the horrible cuffs in my jeans, I can’t say much about that other than those were my first pair of Guess jeans. In looking through my yearbook I was hoping to find a much better pic of me wearing my Air Jordans and there were two more pics. However I chose not to scan the one that showed me sportin’ my Jordans and the fake Gucci shirt I copped from the Oriental gift shop on the corner. Anyway, since 1985 I’ve only had 3 other pairs of Jordans. Either I didn’t have the money to get em or I wasn’t feeling the style of the kicks that year. I bought a pair of white/black Jordan XII’s back in ’96, a pair of red/black retro Jordan XI’s in 2001 and a pair of white low top retro XI’s in 2002 (not pictured). 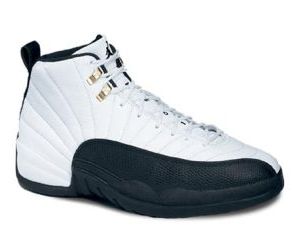 As I sit back and hear these kids talking bout needing a pair of Jordans it just takes me back. So many things have changed over the years, but one thing has not changed in 20 years. Air Jordans are still the benchmark of what every shoe company wishes they had.

One thought on “My first pair of Air Jordans”