Back in the days when I spent time with my Dad on the weekends, I had quite a time with his dietary restrictions. This was initially chronicled in this previous post where he took me to Burger King and embarrassed the hell out of me. With him being a vegetarian, I ate some real weird stuff. He would not let me eat the sweets that the other kids ate because most of them had lard in them. For those who don’t know what lard is, it’s pig fat used in cooking. Thus if he wasn’t eating meat or pork, I wasn’t either. Thus me never really having the pleasure of eating Hostess Cupcakes and Twinkies til my teenage years. 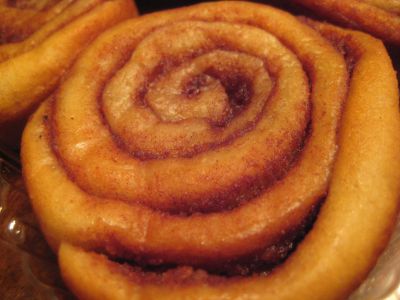 One thing was certain. With every trip to the store, Pops was gonna get a pack of pecan twirls. I swear to you, I thought that was the only dessert around for many years. Pops also was a big fan of Little Debbie snacks and Entenmann’s breakfast pastries, but something about pecan twirls he wouldn’t let go. in fact, now that I think of it I believe he was addicted to pecan everything. We had Butter Pecan ice cream on the freezer all the time, Pecan Sandies cookies, Pecan Danish Ring from Entenmann’s, bags of shelled pecans and although I would never eat it Pops loved Pecan Pie.

Back to this Pecan Twirls thing. I used to sit at the table with 2 or 3 of them on a paper plate. I’d hope to have a tall glass of milk too. That of course was whenever Pops was nice enough to spare me the nasty soy milk he was drinking and get me a small carton from the 7Eleven. I wouldn’t just eat the pecan twirl by biting into it. I would slowly unravel it and unravel it and unravel it, until I got to the end and it was all spread out. Look, I know I’m not the only one who did this aiiiight. I would then break off the long stretch and eat it little by little. I don’t know why I did this. I guess I did it to prolong the eating of it. Regardless, it was good back then. A&P used to sell these things which were similar called Coconut Twirls. I’m tellin’ you… they were like that!!! I used to tear them up. I wish I could find them now. 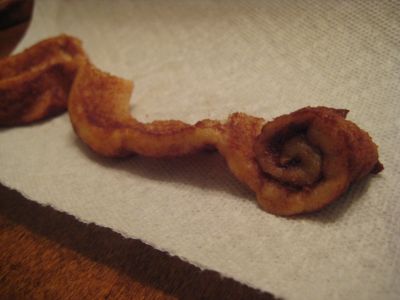 When in school, I was upset that I couldn’t eat the ‘real’ sweets like the rest of my friends. All of them would tease me at lunchtime cuz I had wack desserts. I did… just a few times swipe a Cupcake or Twinkie from a kid or two. Shhhhh… don’t say nothing. It was grade school aiiight. Maaaaaan… those things were slammin’!!! They were a sweeter than Pecan Twirls and helluva lot better than Little Debbie Snack Cakes for sure. Of course, I never took a chance on buying any Hostess stuff myself for fear of getting caught. I just went with the flow. Whenever I was with Ma, we’d always have Dunkin’ Donuts. So I was at least get essential sugar into my system during the week. I was a fiend for Strawberry Frosted and Blueberry Cake donuts. Hell, I still am today. I just don’t eat them as often as I did then. 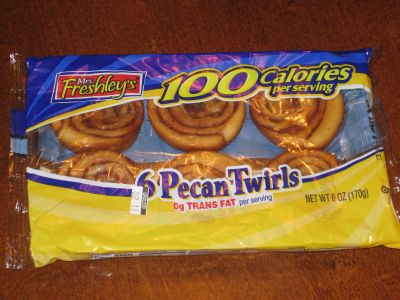 A while back I was in the store and saw a pack of Pecan Twirls. I was like “Awwwwww maaaaan…. I gotta get em“. Thus they ended up in the shopping cart. Note: Pecan Spins and Little Debbie Spinwheels are not originals… thanks. 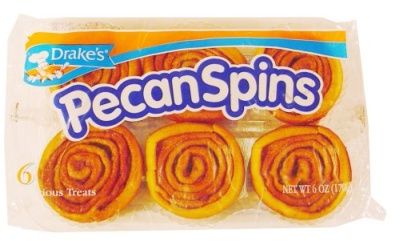 Back to the story….

My wife was looking at me like I was crazy in the store as I recounted Pops and all his pecan fetishes. I took those bad boys home and they sat on the table for a while. Ya know I had to take some pics of em… just as I used to eat em as a kid. It was a good moment for reminiscing. Yeah…. sometimes I really do have way too much time on my hands…. lol

I KNOW I wasn’t the only one who ate these things as a kid. Hell, some of y’all probably eat them now. Anyway, you got anything that your folks used to be obsessed with? Something they made you eat when you wanted something else. Feel free to share.

6 thoughts on “Pops and his Pecan Twirls”