From the time I was introduced to you around the age of 2, we had been cool. I saw you a lot more during the times when I spent the weekdays with mom and hardly at all when spending weekends with dad. During the elementary school days sometimes mom would take me to see you or bring you by the house. As I got older and into middle school, I’d catch the bus to see you or would even sometimes walk if I had to. There were so many things about you that I enjoyed throughout all of those years. At times, we were inseparable. I’m not the best voice when it comes to singing, but sometimes I’d be inspired to sing when thinking about you and some of your qualities. The majority of my friends really liked you a lot too. But when it came to you, I was greedy and didn’t like to share.

I distinctly remember the day that I got my drivers license at the age of 16. I scooped up Wayne & Khari and before we went to go see I’m Gonna Git You Sucka at the Allen movie theatre, we stopped by to see you. What wasn’t a big deal to some, was a big deal to me cuz it was the first time I was able to drive to see you myself. From that day on, I would come by to see you a lot more often, sometimes bring Ed & Kev along after we ran ball at the park. I’d stop by to see you in the morning, sometimes when I had a break for lunch, and occasionally on the way home for the evening. You always had hook-ups for me even if I wasn’t looking for them. That made it a lot harder to stay away from you.

Another vivid memory is the day Kev’s car broke down on 95 as we were heading to church. We were about a mile away from where you were. We walked through the rain that morning to your spot where we sat for hours snacking on some of our favorites as you took care of the 3 hungry brothas. Roger eventually picked up us and we made it to church in time for the after service potluck dinner, but we couldn’t even eat once we got there.

Lately, things haven’t been well between us. I mean, I can’t really blame you directly cuz I’ve changed a lot. But you’ve changed a lot too. The past 3 years have been really rough. I didn’t totally stop going to see you. Certain things I saw in you, I didn’t see anymore. I’d come by and not even recognize you. At times, you couldn’t give me what I needed and that began to really bother me. Even other folks knew that you weren’t the same. I’d visit when I got the sudden urge, but the same feeling just wasn’t there when I left you. It’s funny cuz my nieces really seem to like you, but they’re kids and I wouldn’t expect anything different. However, the fiancée has expressed to me on a number of occasions that I shouldn’t see you anymore, but she didn’t forbid it. She’s that kind of woman though. She’ll give her opinion and allow me to make the best decision regarding me. Well, I can honestly say that I’ve come to a conclusion. The past year, I’ve seen you maybe 8 times. On probably 7 out of those 8 times, I’ve left you with a sick feeling in my stomach. Unbeknownst to anyone, I came by this morning and saw you. It was early and I didn’t expect too many folks to be out and about, but I was wrong. But I still came to see you. No sooner had I left your company, that a awful feeling came over me. It was then that I decided to leave you alone for good. It’s just not working. I can’t stomach these days anymore where I feel sick after spending time with you. Thus, for the betterment of my overall health, well being and focus in life, I just move forward. You’ve been a good friend for a long time, but it’s time that I bid you adieu.

(a few memories of my friend are below)

Peace Mickey Deez. You’re just not the same as you used to be. Because of you, Mylanta became a very good friend of mine. I need not gain a longterm relationship with her. 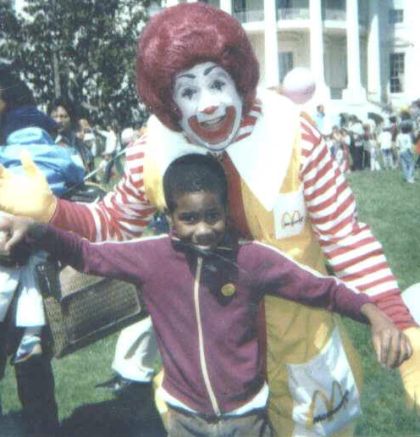 11 thoughts on “Saying goodbye to an old friend”