I grew up sippin’ on all of those and loved every minute of them. From the blue raspberry Slush Puppie at High’s to the cherry Slurpee from 7-Eleven to the Icees at the AMC movies where I’d ask for a mix of blue raspberry and cherry, I used to kill these things on the regular. Slurpees were always easy to find cuz there are a ton of 7-Eleven stores everywhere. But I had a hard time finding the other two with ease. Once High’s disappeared from the corners in my neighborhood and surrounding areas in DC around ’88, there were no more Slush Puppies to get. I missed going in there and making my own drinks using the old school pump. Most of the High’s vanished, turned into 7-Eleven’s or some off brand wack convenience store with a ridiculous name. The only time I’d get an Icee is when I went to the movies. I don’t think I’ve ever consumed a soda at a movie in my life. It’s always been Icee or nothin’. 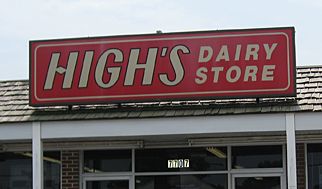 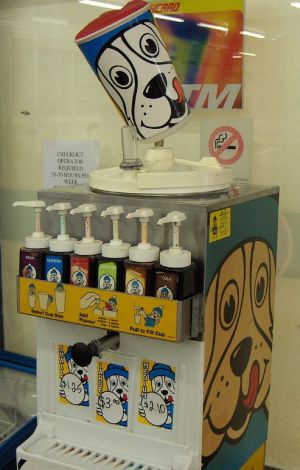 I’m tellin’ you, before the past year it had to have been close to 10 years since I sipped on any of those three slushy drinks. I used to drink Slurpees so much, I got tired of them. Plus, a lot of 7-Elevens closed down too. For some reason over the past 6 mos, I’ve been indulging in these slushy drinks with regularity. It’s like I’ve discovered them again. It’s crazy. I think it had something to do with me visiting the Kwik-E-Mart last summer. I don’t know if that’s if entirely though. Just recently I started to notice Slush Puppie machines at Exxon Tiger Mart’s. Those things are only like a buck twenty five, so I’ve jumped all over them. I’ve attempted to expand the range of flavors, but nothing is better than an ice cold blue raspberry joint.

As far as Icees go. The only place I know where to get them is Walgreens. When I went to Vegas in June, I would take a walk down the strip and get one almost every day. We don’t have too many of them in the DC area… to my knowledge. However there is one right here near my job in downtown DC. Do I take the 3 block walk to Walgreens? Yessir!!!! At only a dollar a pop, I’ve been killing them here too. Best believe I step to the machine with a large cup. I layer the cherry, then the blue raspberry, then the cherry, then the blue raspberry. I do this until it’s full to the brim and even sometimes overflowing that plastic dome thing that covers it. 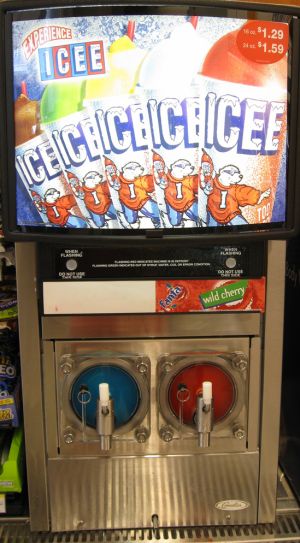 Scratch that, I’m trippin’. Walgreens isn’t the only place. I somehow forgot about all the Icees I’ve had at Burger King in the past year or so. But since I’ve been doing my best to stay away from fast food and burgers, I don’t hit BK too often. But I have had my share of Icees from there over the years as well. In fact, that’s probably what kept my desires up for them. It’s all about the flavor though and a lot of BK’s only have grape, lemonade and other flavors I don’t care for. It’s cherry-raspberry mix and maybe cherry solo. Nothing else.

Now, I know these things are like glorified Sno-Cone syrup drinks full of ice. But I can’t stop drinking them. I don’t know why? They’re so good to me now, especially on hot summer days. That’s all. I aint have much to talk about on a Friday and as I envisioned myself sipping on one at lunchtime, I figured I’d tell the world about my recent obsession with a pleasurable thing of the past.

I know I’m not the only one. Speak. Let yourself be heard. What say you on the subject of frosty, slushy drinks?

Oh yeah, one more thing before I go. Contrary to the opinion of others who claim that Coca Cola Slurpees are on point. I digress… they’re nasty. Fanta wild cherry or die!!!