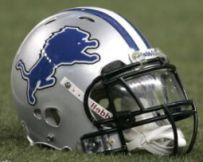 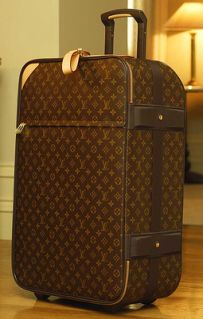 A strange thing happened to running back Rudi Johnson when he visited with the Detroit Lions on Monday.

Someone stole his stuff.

Specifically, and as we’re told by a reliable source, Johnson left his bags outside CEO Matt Millen’s office while he met with team officials and, ultimately, worked out a deal with the team.

So when Johnson came back to get his bags, they were nowhere to be found. Johnson and Millen were stumped.

Enter the eye in the sky.

The team checked the videotapes generated by the team’s in-house surveillance system, and they quickly identified the culprit.

So who might it have been? None other than Tatum Bell, who lost his gig with the Lions after Rudi arrived.

Per the source, Bell took the bags to the house of a female acquaintance. When confronted on the matter, Bell offered up some cockamamie story that he thought the bags belonged to someone he knew. The girl, however, said that she hadn’t seen Bell in several months and he showed up out of the blue and asked her to keep the bags for a while.

Johnson has retrieved the bags, and it’s our understanding that charges won’t be pressed.

Tatum apparently didn’t know that he was being monitored.

A source close to the situation confirmed that it did happen. Whether it was a prank or misunderstanding or something else, that has yet to be determined, but Johnson was “pretty miffed” according to the source.

Lions president Matt Millen and Johnson, who had been meeting in Millen’s office, searched all over the building for the bag. When they couldn’t find it, Millen offered Johnson several hundred dollars to tide him over until they could figure out what happened to the bag. As the PFT story indicates, they finally found out what happened and recovered the bag.

An interesting twist is that, earlier on Monday, Bell and Johnson had a good conversation about the city of Detroit, the team, practice schedules, etc. According to the source, though, that was before Bell “put two and two together” about Johnson’s presence in Detroit.

The Detroit Lions won’t address the reported luggage heist by former Lions running back Tatum Bell, committed against new Lions running back Rudi Johnson. Per Mlive.com, the team released the following statement: “We are aware of the media reports regarding former player Tatum Bell. Our sole focus continues to be on our regular season opener in Atlanta. We will not have any further comment on the media reports involving Tatum Bell.”

But this statement apparently doesn’t apply to, for example, Rudi Johnson.

Also per Mlive.com, Johnson confirms that Bell took two duffel bags from the team’s locker room on Monday, and that when he got the bags back on Tuesday, items were missing.

“Underwear, socks, credit cards and money. He left my money clip with no money in it,” said Johnson. “He should’ve taken the clip, too. It’s quite stupid if you ask me.”

Johnson also said that he saw Bell take his bags on surveillance tapes at the team’s facility.

“All of this happened after he got released and came in and got some stuff out of his locker,” Johnson said. “That’s when he scooped the bags up, some real shyster, conniving stuff.”

Johnson confirmed that he won’t press charges. “I’m not going to the police for this one,” he said. “I don’t need anybody else, I can handle it.

Bell could be signing with the Texans. Coincidentally, the Texans host the Lions on October 19.

We have a feeling that, if Tatum is on the team, Rudi will be bringing only a toothbrush. And a crate of whoop-ass.

That’s just wrong. Tatum Bell is an idiot for that. He couldn’t keep his grip on the football and perform up to par, that’s why the Lions cut him. But the dude has sticky fingers when it comes to taking from the other man and running away with his belongings. Talk about a simplified fool. That cat will probably never see another NFL locker room. A team is built around guys you trust both on and off the field. They’re a tight knit group of guys working together for a common cause… to win and get to the Super Bowl. No one will ever take their eye off their stuff if he’s around. Look at the track record of athletes who’ve stolen from their teammates. Can you say Albert Connell? He’s a former Redskins & Saints WR who stole money from RB Deuce McAllister’s pockets in the locker room a number of years ago. That history doesn’t fair well for Mr. Bell’s grade school games. Without trust, you’re the odd man out. God don’t like ugly.

2 thoughts on “Steal my job, I’ll jack your stuff”