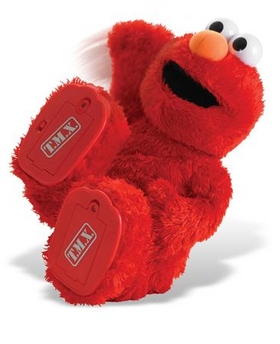 Anyone who really knows me is aware that I’m a hustler. I mean, a true hustler. I will buy pretty much anything that I know I can turn around and make some good money off of. I’ve been doing this since I was in junior high when I was jacking evicted electronic goods like TV’s & stereos off the sidewalk and selling them later on. To the later days of high school when I bought candy from Price Club and sold it in class or when I used to go to the bakery thriftshop and buy day old pastries for $.20 and sell them for a buck (or more) in the gym before school. I’m currently crafting a blog on that experience alone entitled The Stale Pie Man… which was my nickname until I graduated from HS.

Anyway, over the past few weeks I was fortunate to get my hands on a ‘few’ of these Elmo T.M.X joints. Now when I say a ‘few’, I won’t declare exactly how many I have. Let’s just say that I’ve acquired enough to make sure that this Christmas is a bright one for those close to me. The real debate at this point is whether to sell them now, or sell them closer to Christmas. I can make a good amount now, but I might be able to make double 3 weeks before the ultimate giving day. However if Fisher-Price all of a sudden starts shipping thousands of them to your local Walmart, Target or Toys “R” Us, then I might be stuck.

Now, this is far from the first time that I’ve made purchases on the hottest selling item for kids for the holidays. I make it my job to always know what the hot item is for Christmas. From there I buy a fairly decent quantity and stash em for that ‘snowy’ day. Some of the things I’ve copped over the years include… 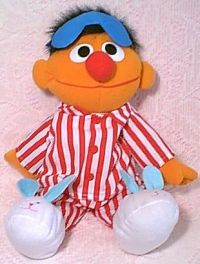 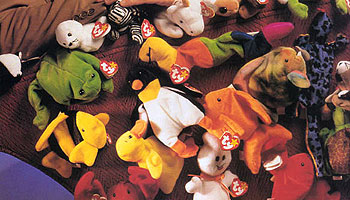 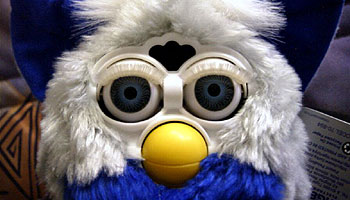 This is not a new thing for me, yet eBay makes things a lot easier. For years my method of selling the product was to stand outside of Toys “R” Us a week before Christmas until Christmas Eve and watch the eyes of people light up as they assumed that there were some inside. I would never say one word, just smile. Then shortly thereafter they’d come up to me and say something like “Aiiight maaan… how much are you asking?” It was that simple. Occasionally, I took out ads in the Washington Post here. Now we’ve got online auctions sites like eBay or Yahoo which allow me to generally get the amount I’m looking for with no difficulty. Yet I still miss the real grind as I used to do it. I got real bold at times, especially when I had Sony Playstation 2’s. My brother and I stood inside of PG Plaza directly in front of KB Toys and totally ignored mall security. I mean, we weren’t openly hollering “Yo, we got PS2’s” or anything. We just stood there with the box under our arms. I think however we may have chosen the wrong mall cuz at times I thought some of those cats who inquired about buying it were gonna try and mug us.

Anyway I’ve got these Elmos. I plan to make sure my nieces get one for Christmas, but there’s three of them. They don’t each need one do they? One should be enough. I’ll take the money I make off the other ones and buy the girls other things that they want/need anyway. The rest of the cash I make will go into savings. Now, I’m sure some folks are wondering “How’d you end up getting one (or more) of those Elmo dolls?” For a fee of $10 payable to my PayPal account I will provide my source and from that it’s possible that you may be able to get one for your child, niece, nephew or maybe even yourself. If you catch me on a good day and ask me via email, I might be nice enough to just give you the information….. SIKE!!!!!

oh yeah, one last thing… if you’re in the DC area and looking for Redskins, Ravens or Wizards tix… hit me up

here are a few YouTube vids of the new Elmo TMX… this lil’ fellas is off the hook!!!!

12 thoughts on “The Hustle Continues…”