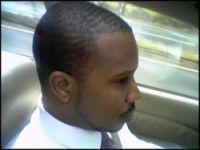 I take real good care of my hair. In fact, I’ve cut my own hair since I was in the 11th grade and have only been to the barbershop twice since 1988. I’ve invested a good amount of money in professional clippers over the years to keep my cuts tight, but only through training my hair through brushing have I been able to maintain the waves. Over the years, I’ve used a variety of hair greases and pomades from Murray’s to Nu Nile to Sportin’ Waves to maintain them. However, there used to be a time when I didn’t have waves. A time when I used to look at cats and admire the smooth look of their hair. I so desperately wanted to have waves and I was willing to do anything to get them. This is a true story. 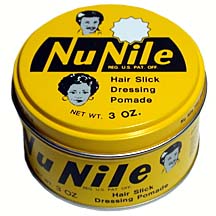 After a few days, I didn’t notice a change and I got frustrated. I opened up the Yellow Pages in search of a barber or salon that could do the trick. There is was… Brenda Lee’s Hairstylists. The ad clearly said “we do permanent waves”. I was cised (hyped for the non-DC folks), I knew I was gonna have me some waves. I called the salon and the voice the picked up sounded like a white lady. I said to her “How much for permanent waves?” and she answered back “Fifty five dollars”. Good Lawd, that was a lot of money for a kid in 7th grade with no job. For the next 2 hours I called various salons and barbershops and inquired about permanent waves. None of them gave me the answer I wanted. 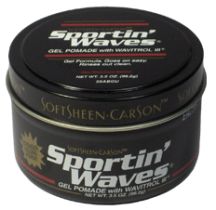 That afternoon as I rode my bike down to the Safeway to get some candy and ice cream, I came upon the perfect solution. I spent about an hour in the aisle containing the beauty and hair products and eventually settled on a small red can of Dax Wave and Groom. I had seen that one in Ebony magazine and the guys in their ad had the smoothest waves ever. I pulled out a few dollars that I had saved up and made the purchase. I was so happy, I probably started to hyperventilate as I walked back home. I then went into the beauty supply store and bought a doo rag. I had seen my cousin Q-Tip in Carolina wear one and he had waves too, so it had to be good for me to have one if I wanted waves.

That night before I went to bed I was determined to have some waves when I woke up. So I put a small amount of grease on my palm and massaged it into my hair. I threw the doo rag on and went to sleep. Got up the next morning, ripped the doo rag off and nothing had changed. My hair still looked the same. I did this for 3 straight nights to no avail. I began to get more frustrated and figured to myself that maybe I wasn’t using enough grease. So that evening before I went to bed, I emptied the entire of Dax Wave & Groom can onto my hair and into my scalp. From there I brushed my hair for about an hour and then put the doo rag on. Wrong move. I woke up the next morning, snatched off the doo rag and uggggggggggh, what the hell!!!!!???. Being that I had used almost an entire can of grease, that stuff had stuck to my hair and now my head looked like a cupcake with too much vanilla icing. I couldn’t even brush it, it was so thick. Now keep in mind, I didn’t have a ‘Fro or nothing, but my hair wasn’t that short either. I began to comb it and the grease began to come out onto the comb. But even that wasn’t enough to undo the damage that I had done. This was not something that I could undo myself, I needed mom to help. However, I hesitated to open the bathroom door to show my her.

When I finally opened the door, I don’t recall exactly what she said but the look was one that said “look at this foolishness”. She did her best to assist me in the combing the grease out process to no avail. So she did the only thing left to do. Mom grabbed a butter knife from the drawer in the kitchen and proceeded to scrape as much grease from my hair as she could. By this time, I was supposed to have been on the bus for school. But because of my desperate attempt to have waves, the morning was spent trying to get all of that grease from my hair. It was so bad that when my head was placed under the running water in the tub, the water just beaded off. When that process failed, out came the trusty People’s Drugstore hair clippers and the scissors. Not only was I not gonna have waves, but I was gonna be bald or very close to it. Little by little each strand of hair hit the floor. I had patches all over my head… it was terrible. The crazy thing is that even with my hair cut short, my scalp still was greasy. That was one hell of a morning. I’ll never forget it for as long as I live. That definitely goes in the top five of one of the dumbest things I did as a kid. 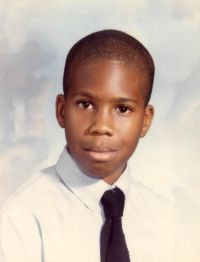 My 8th grade yearbook photo. The first pic taken with waves in my hair.
(click the pic to see larger version with more detailed waves… lol)

19 thoughts on “Waves… By Any Means Necessary”