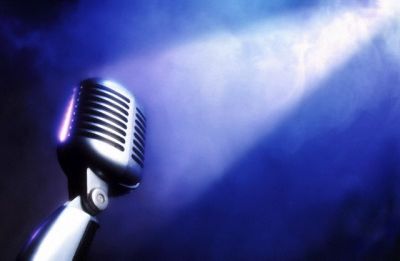 What started out as an innocent question on Facebook, led me to sit down and compile a list of all artists I’ve seen perform live. I figured I’d get to 50 easily, but never imagined that the overall number would be closer to 150. I know I’ve attended a lot of shows over the years, but maaaaaaaaaaaaaaan!!!!! Keep in mind that aside from being an audience member on my personal time for a number of concerts, I attended both the American Music Awards in ’92 and the Soul Train Awards in ’96 at the Shrine Auditorium in LA. I worked at WKYS for a few years and did a lot of remote set-ups and club hits during that time. I also toured and audio engineered for a number of artists and attended a ton of industry parties where artists performed live sets. So most of the time I was seated in an assigned location comfortably. But as far as other locations I’ve been backstage, on the side of the stage, behind the stage, at the mixing board, in the pit, in other standing room only locations, whatever.

Two things I want to point out. The first ever show I attended featured Today, Guy, MC Hammer and Sir Mix-A-Lot at Charlotte Coliseum in North Carolina. My pops worked for the Hornets at the time and while visiting him on winter school break I had tickets for pretty much everything going on at the arena from wrestling to basketball games to concerts. That evening was cool cuz I had free reign all over the coliseum. Show didn’t really excite me, but as a teenager with wandering eyes, I was watching every sistah up in the place with their new hair styles and fresh gear. Need I say more? I think not. The other note is that there are at least 15 of the artists listed that I’ve seen perform more than 3 times, not including Go-Go music bands. But none more than Patti Labelle. At last count I’ve seen her perform 6 times. I think I first saw Patti in ’91 or ’92 and fell in love with her from that day.

Every time I think I’m done adding an entry to the list, I think of 2 or 3 more performers I’ve seen. I’m pretty sure I’m close to being done at this point. I started this 2 nights ago, so it’s taken me 48 hrs plus to come to the current number. Anyway… here it is.

I think that’s it. I do reserve the right to add more as necessary. LOL!!!!

One thought on “What artists have you seen live?”