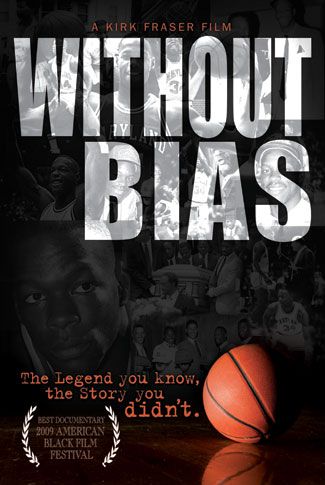 First of all, make sure you see this documentary film.
Second, check out this joint.
Thirdly, don’t miss it!!!

Have I made myself clear?

The documentary film on the life and tragic death of Len Bias made by Kirk Fraser is outstanding. I had the opportunity to see a screening of it this past Friday night at the Lincoln Theatre. The film won the Grand Jury Prize for Best Documentary at the 13th Annual American Black Film Festival

It’s scheduled to air on Nov. 3 at 8pm as part of ESPN’s 30 for 30 documentary film series. It will continue to air on ESPN2 and ESPN Classic over the following month after at various times.

Now, if you’re a regular on here, then you know how the death of Len Bias affected me. If you’re not, feel free to check out an entry I penned entitled, Death of Len Bias: 20 Years Later on the anniversary of his death before continuing to read this one. 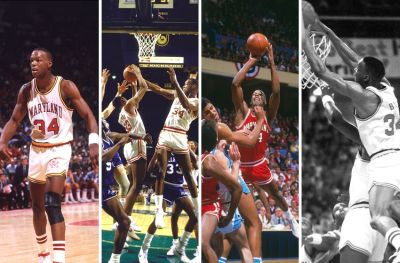 There’s are a variety of reasons why I looked forward to this film. First off, Len Bias was an incredible athlete. Being truthful, using the word ‘incredible’ is a gross understatement to the talent that this man possessed. That’s like saying that Michael Jackson was a decent entertainer. Since the untimely passing of Len Bias, I’ve read tons of articles, watched specials on athletes and substance abuse and talked to youth about the dangers of drug use at various mentoring programs. Quite often someone much younger will ask me to give more details about Len Bias and what occurred. I always pause for a second, almost like I did when the news of his death was first received. There’s almost no way to explain the events that took his life. I mean, even 23 years later it still stings. Seeing Without Bias really answered some questions that I had. It gave me some clarity on things I had wondered for many years. I’m sure it will answer questions that folks have.

However that biggest impact on the film was the appearance of Brian Tribble. After all these years, we finally to hear from him during the film. I’m not talking about a quick 10 second sound byte either. You get to hear the story in his own words regarding what occurred. You get to truly see how Len’s death affected him. You can feel it. The segments where Tribble talked were very profound. 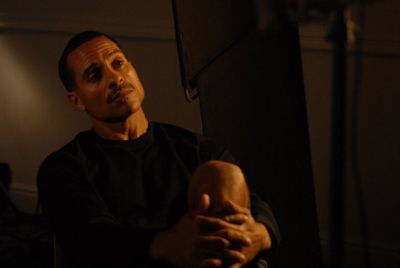 As an added bonus to the evening, director Kirk Fraser was available for Q&A after the screening. It was clear that many folks either didn’t care about the Q&A session or just didn’t know because as the credits rolled, people were piling out into the lobby. I’d guess that maybe 75% of the folks had left, but best believe I remained. Fraser answered a handful of questions from the audience. A good number of folks also stepped to the mic to commend and thank him for making the film. There was a brief point where one of the audience members asked if there were any of participants of the film in house. At that time it was announced that Brian Tribble was present and he was given a mic and stepped to the stage to sit next to Kirk Fraser. The brother at the mic in the aisle began to ask a variety of questions to Tribble all in one breath. To his credit, Tribble maintained his composure amidst a flurry of random thoughts that seemed to pop in the gentleman’s head and said something to the effect of “That’s a lot of questions, what’s your primary point?”, which garnered a laugh from the remaining crowd.

The man proceeded to ask Tribble what he had learned from the incident, but also asked him whether the drugs were supplied by him or Bias that night and how such pure cocaine found it’s way into the dorm room that night. Without transcript of the Q&A, it’s impossible for me to summarize that complete dialogue. However, Tribble acknowledged being ‘hard headed’ and making young mistakes in life as everyone does. He also said that folks should listen to those who love them. In response to the question about the cocaine, he basically said “Only two people know where it came from… me and Len. He’s passed on, so I could easily say it was him. But he’s not here to defend himself, so what’s the purpose in discussing this aspect?”. That’s not a direct quote, but his response was similar to that. The way it is quoted might sound abrasive or snappy, but it was far from that. It was said more in a somber tone that I think everyone in the audience understood.

What does it matter 23 yrs later where the drugs came from? Why disparage the man’s name now or ever? Regardless of where it came from, the circumstances won’t change. It won’t bring Len Bias back. At some point he made a conscious decision to use cocaine that night and it took his life. I gained respect for Brian Tribble. First, just his appearance in the film and secondly for walking up to that stage and answering questions. That definitely was not anticipated. I for one, laid a great amount of blame upon him in my conscience for Lenny’s death. I don’t feel that way any longer.

Getting back to Kirk Fraser, there was one answer that really stuck with me. When asked by one attendee whether he was connected to the Bias family or what was the reason he decided to make the film he answered “My connection is I’m one of the individuals that he saved… because of his story I didn’t go down that path”. 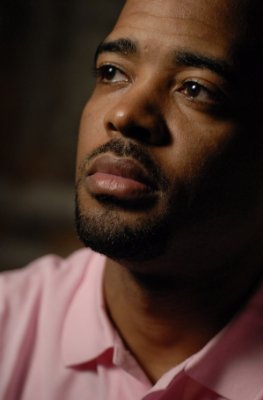 Props to Kirk Fraser on making the story come to life and told the way it needed to be told. Look out for Frosty (Len’s nickname), the biographical motion picture sometime in 2011

But first, make sure you see the documentary film. Yeah I said it again.

4 thoughts on ““Without Bias””